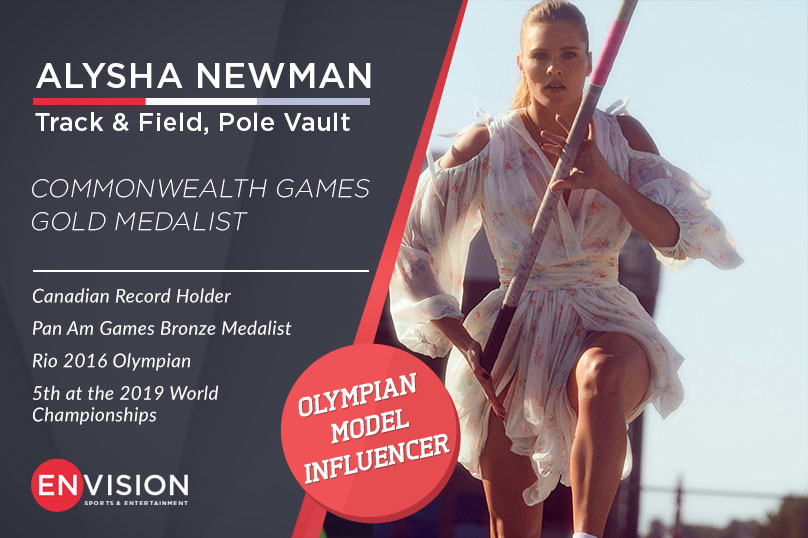 Alysha Newman is a two-time Olympian, model and influencer. One of the top women’s pole vaulters of all-time, Alysha is the reigning Commonwealth Games champion and Canadian record holder.

Born and raised in London, Ontario, the gymnast turned pole-vaulter, became the first female high schooler to clear four metres, earning her a scholarship to the University of Miami, where she went on to become a six-time All-American, school record holder and ACC Champion. Newman graduated with a Bachelors of Kinesiology & Sports Medicine before starting her professional track & field career, signing with Nike in 2018.

While she calls the Toronto area home, Alysha spends more than half the year travelling to competitions, training camps and fashion shoots spanning the globe. This dynamic lifestyle along with her passion for music, fashion and food has contributed to Alysha’s rapidly growing social media profile. She uses this platform to inspire and empower others to live their best lives by sharing the importance of nutrition, rest and general wellness practices. Whenever she gets the opportunity, Alysha loves to engage with young women, encouraging them to live well balanced lifestyles and to learn through failure and adversity.

One Body One Life