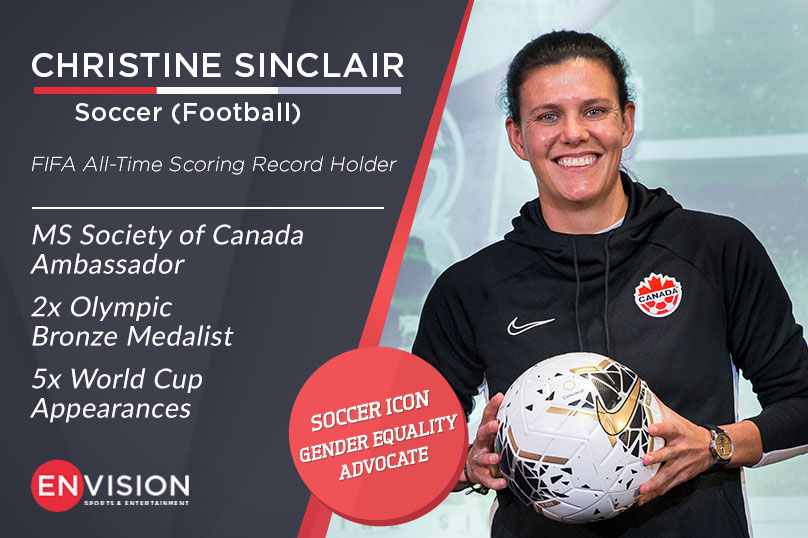 Christine Sinclair scored her first international goal competing in the 2000 Algarve Cup. She has scored more than 185 more since and in January of 2020 became the all-time leading scorer in the history of international soccer.

In 2017 she was appointed an officer of the Order of Canada. A full list of her honors, including those earned during her collegiate career with the University of Portland Pilots, would fill pages. Sinclair — “Sinc” or “Sincy” to her teammates — is known for her grit as well as her talent.

In 2011 she broke her nose in Canada’s opening match of the Women’s World Cup, refused treatment and played the rest of the tournament wearing a face mask. Off the field, Christine is an ambassador for the MS Society of Canada and vocal advocate for gender equality.