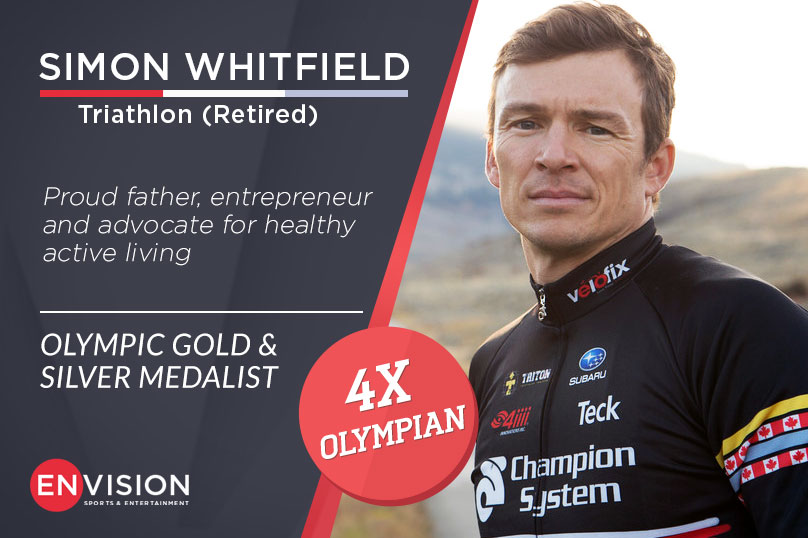 Simon Whitfield won 12 national championships, 14 world cups and represented Canada at four Olympics, winning gold when triathlon was inaugurated into the family of Olympic sports at the 2000 Sydney Games.

Eight years later he stood on the podium again with a silver medal around his neck at the 2008 Beijing Games. In 2012, he was chosen as the Canadian flag bearer during the London 2012 Opening Ceremony.

Medals at the Commonwealth and Pan Am Games along with his recent induction into the Canadian Spots Hall of Fame are just some of his achievements.

Happily retired from competitive sport, Simon is the proud father of two daughters, an avid reader, owner of outdoor adventure company and investor through Relentless Pursuit Partners – an early stage fund dedicated to investing in preventative and proactive technology solutions that optimize health.